Dev Diary #72: Holding Court at Court in The Royal Court (in a courtly fashion) 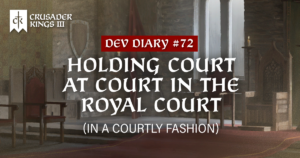 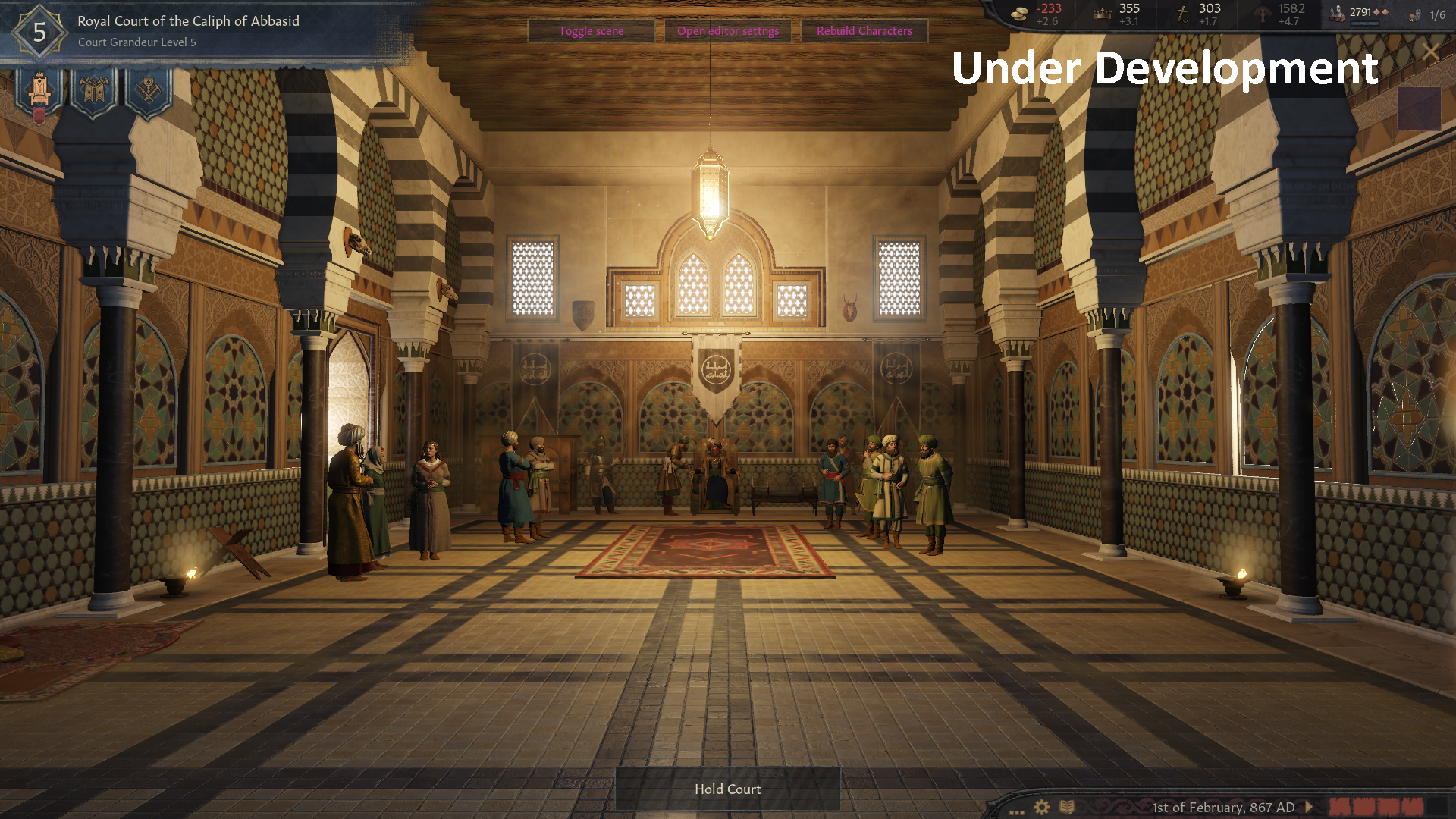 As with any medieval ruler, monarchs in The Royal Court are vain creatures. It’s not enough to control the largest or best-developed realm, you have to have the largest palace, the fanciest food, the most renowned courtiers, and so on: after all, what’s the point of taxing the masses if you have to live like a peasant anyway?

Sometimes, though, you can’t quite afford the fanciest feast, the latest fashion, or even just the shiniest artefact to spruce up your court.

When times are that hard, and you really need just _immediate_ distraction from the flaws in your life, it’s important to spend some time indulging those with lives even harder than yours. Like nearly everyone else. For times when you feel like slumming it amongst the weird and wonderful characters of your realm, you can Hold Court. 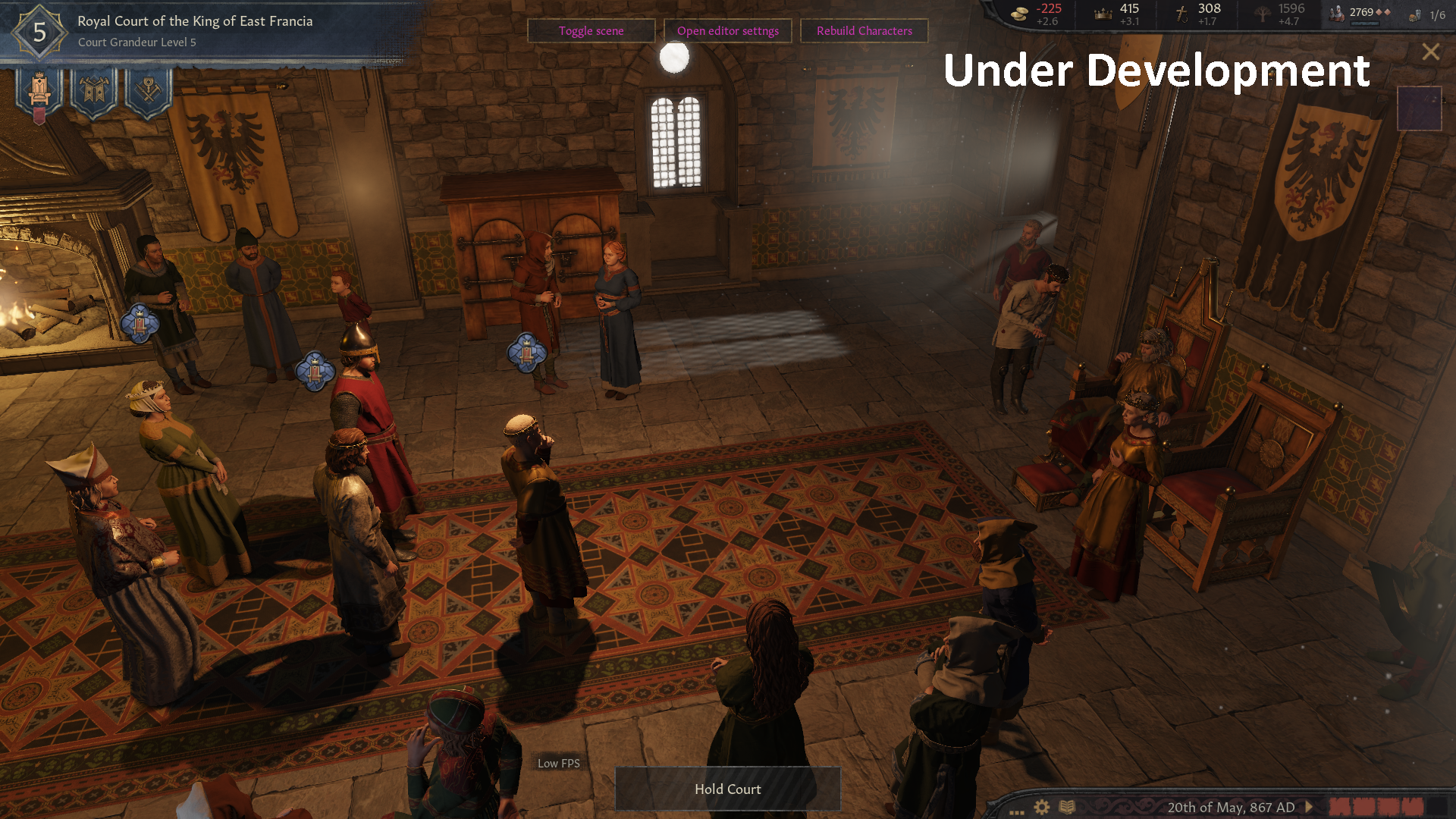 This repeatable decision lets you hear a number of requests from various characters, listening to petitioners seeking your aid and legal ruling on many subjects. They might be guests, courtiers, neighbouring rulers, vassals, spies, the odd bumbling peasant… 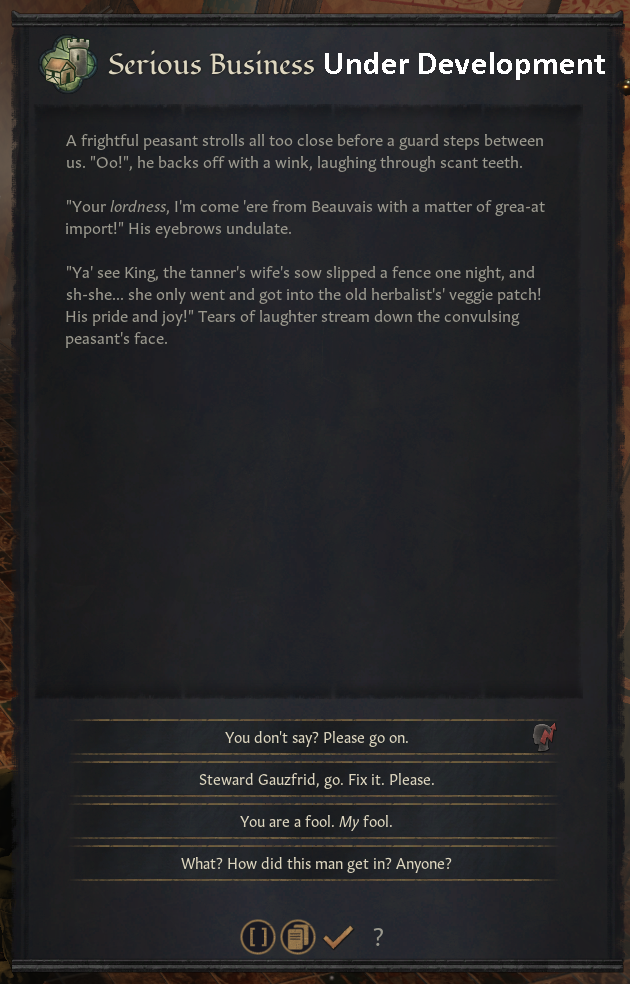 At present, you’ll receive three such petitioners each time, with all events delivered in the new courtly event style (though follow-up may be character events or similar). 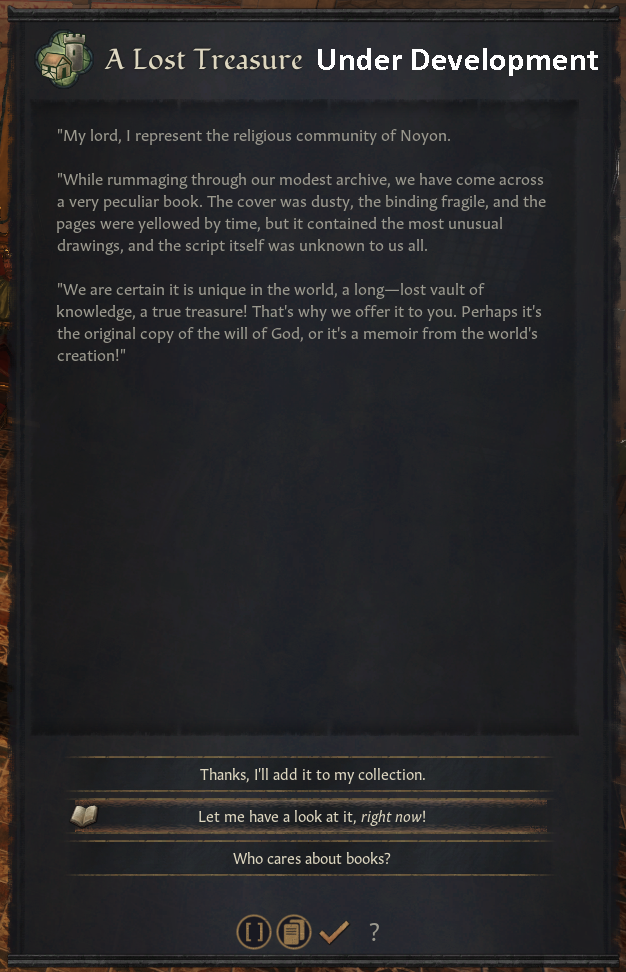 Some choices are easy… 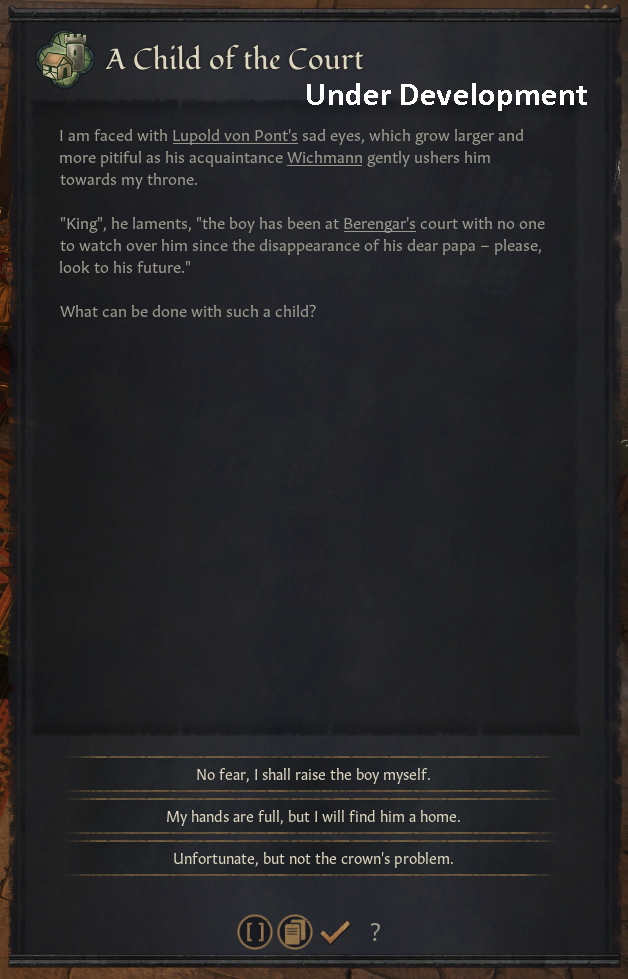 … some choices are hard… 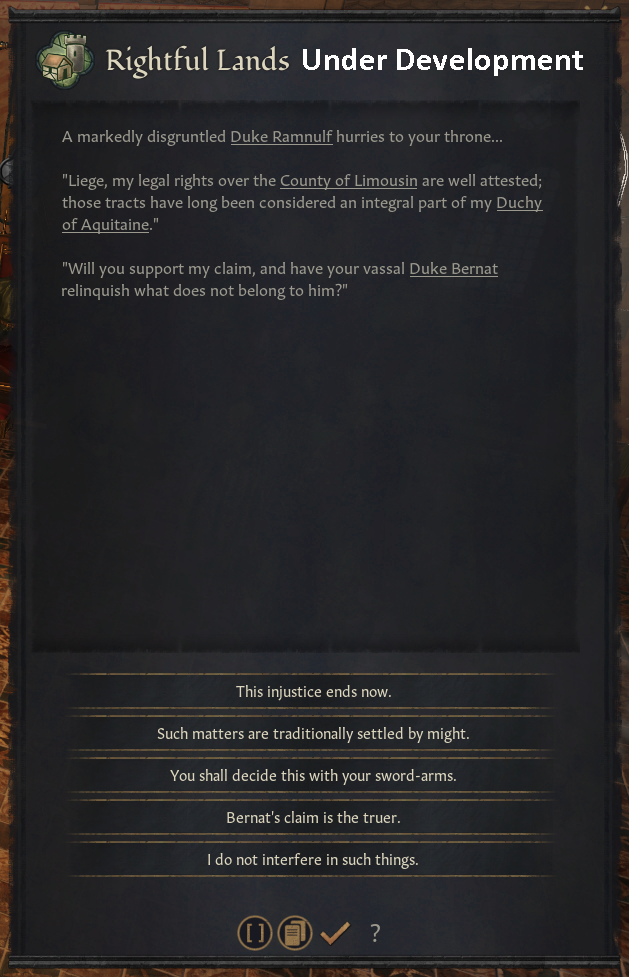 … and some are just weird. 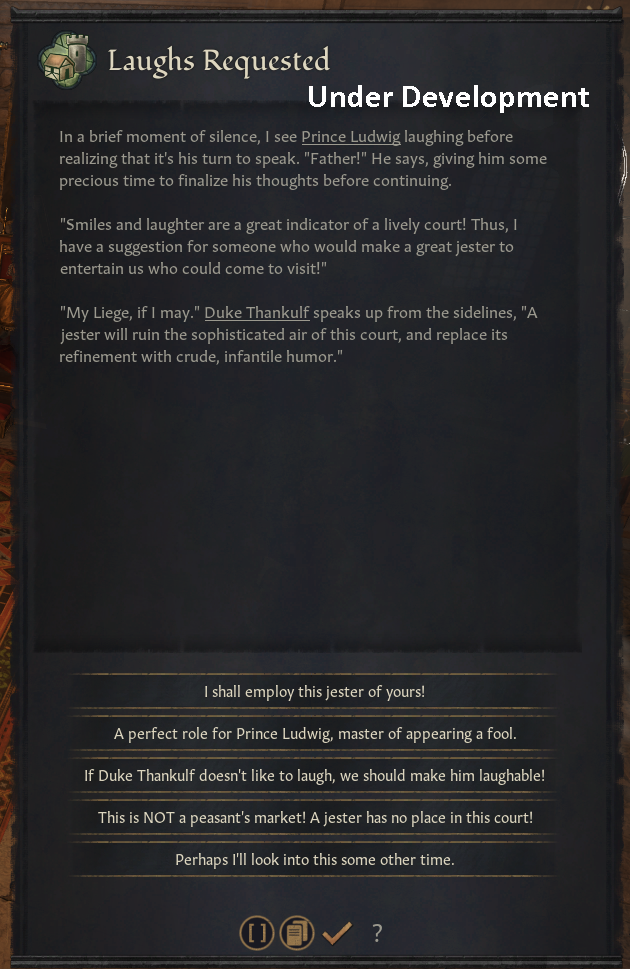 After you’ve made your ruling in each case, in addition to the effects of each turn, you’ll gain some court grandeur to bolster your overall supply. We’ve got just shy of a hundred or so of these events alone, so there should be a goodly amount of variety for most playstyles.

This system is something pretty dear to our hearts, as it models a task that would’ve been a pretty big part of the day-to-day for many rulers, and we’ve put a lot of effort into getting plenty of alternate events to keep it as varied as possible for as long as possible. We hope you find it a fun & proactive way to explore some of the smaller (and uhh, not so small) issues developing in your realm.

Small dev diary, but that’s all from me for the mo. As ever, I’ll be around in the comments for an hour or so to answer questions, but otherwise, see y’all next diary!

… Y’know what, let’s have a few more events to show off before we finish for the day. 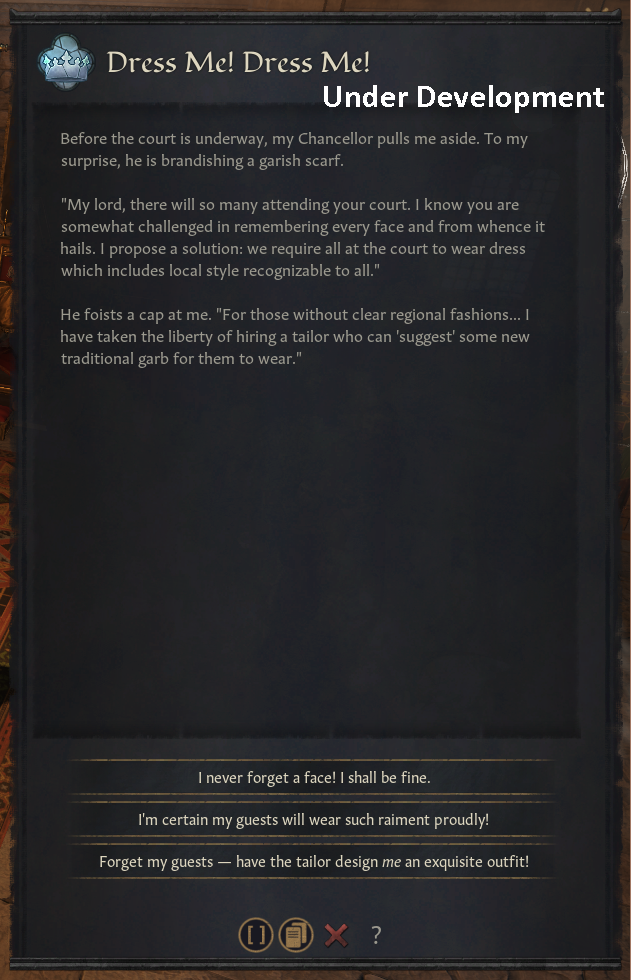 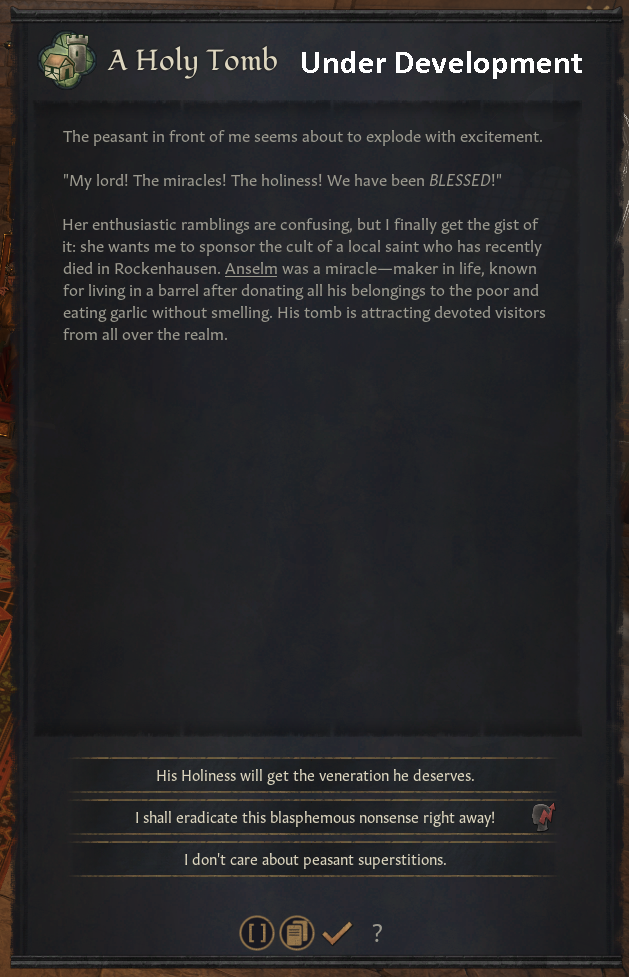 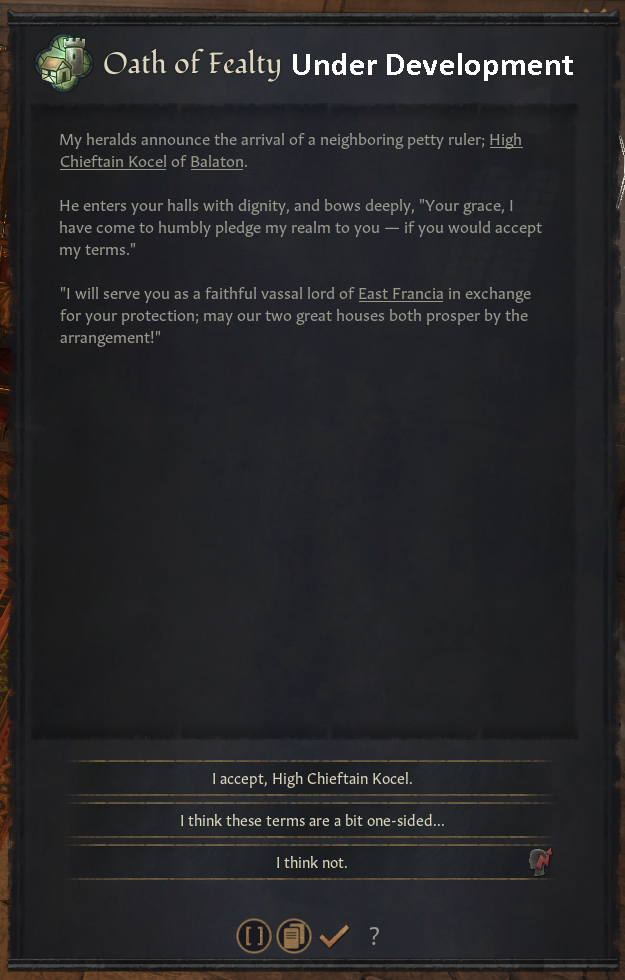 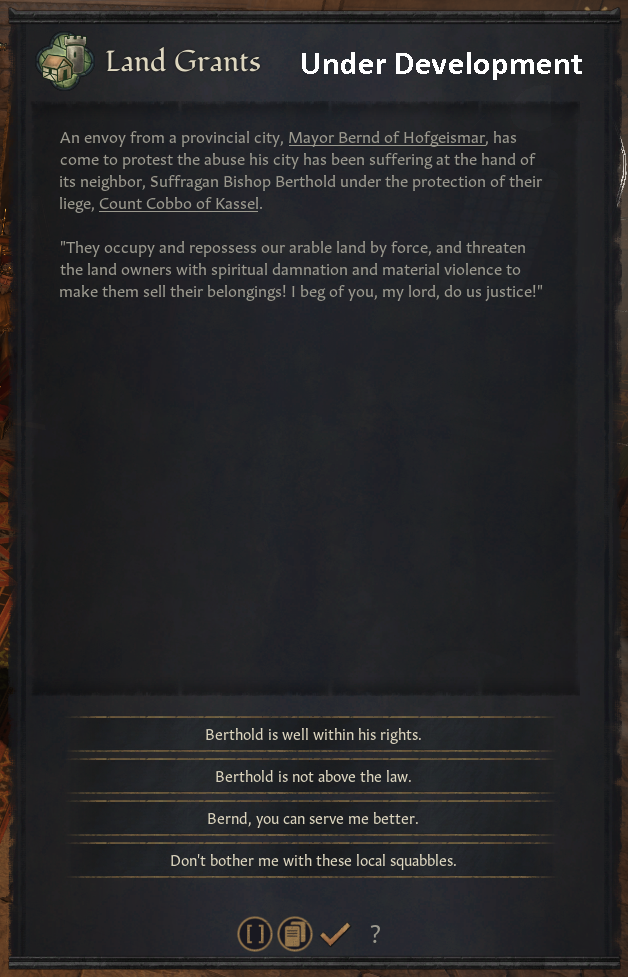