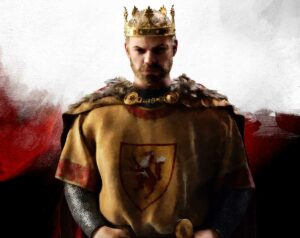 Paradox Interactive’s hit grand strategy role playing game Crusader Kings III is coming to consoles for the first time in franchise history. In a partnership with developers Lab42, Paradox will bring the majesty and intrigue of medieval court politics to an entirely new audience on Xbox Series X|S and PlayStation 5.

Check out the reveal trailer here:

The jewel in Paradox Interactive’s grand strategy crown, the Crusader Kings franchise has long delighted gamers looking for a deep strategy experience. Released for PC to wide acclaim in 2020, Crusader Kings III will be a new strategy experience for console players. Following the console success of its science fiction strategy game, Stellaris, Paradox and Lab42 are now adapting one of the most popular strategy titles for console players seeking greater depth and complexity in historical games.

Would-be medieval monarchs will enjoy an all-new gamepad support designed for console controllers from the ground up. CK3 on console will also utilize key capabilities of the Xbox Series X|S and PlayStation 5, like super-fast load times for a seamless gameplay experience. Xbox Series X|S players will be able to quickly switch between gameplay and consulting a YouTube tutorial on how to quell a peasant revolt. PlayStation 5 users will experience the game’s stress mechanics themselves, as their DualSense controllers physically react to in-game events as they unfold.